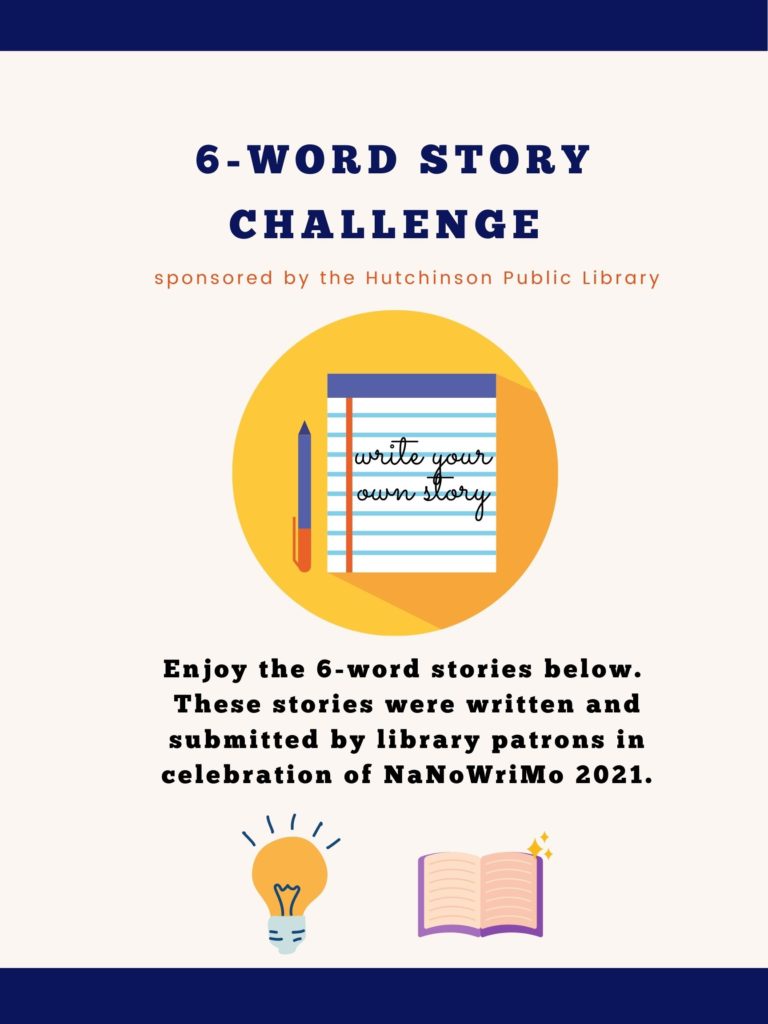 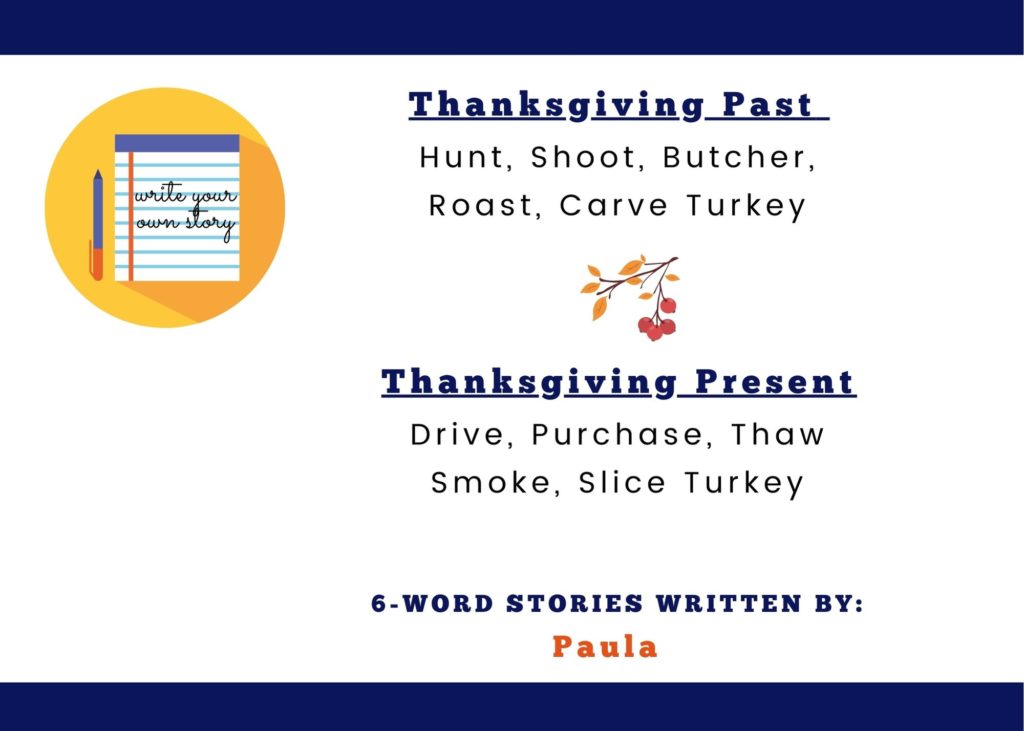 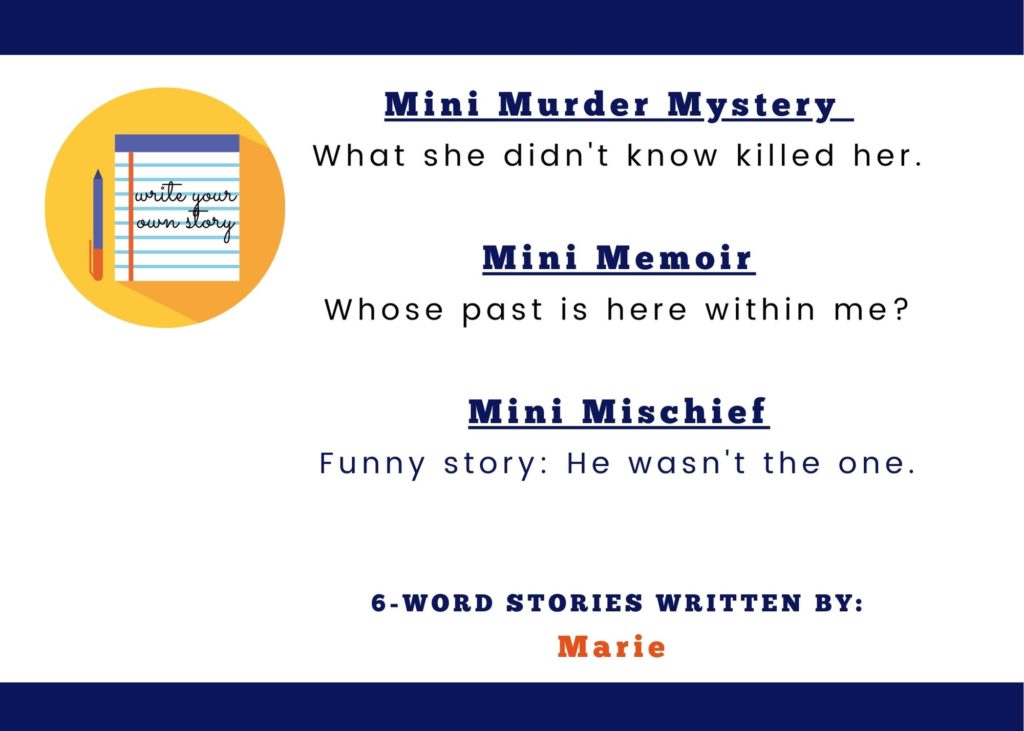 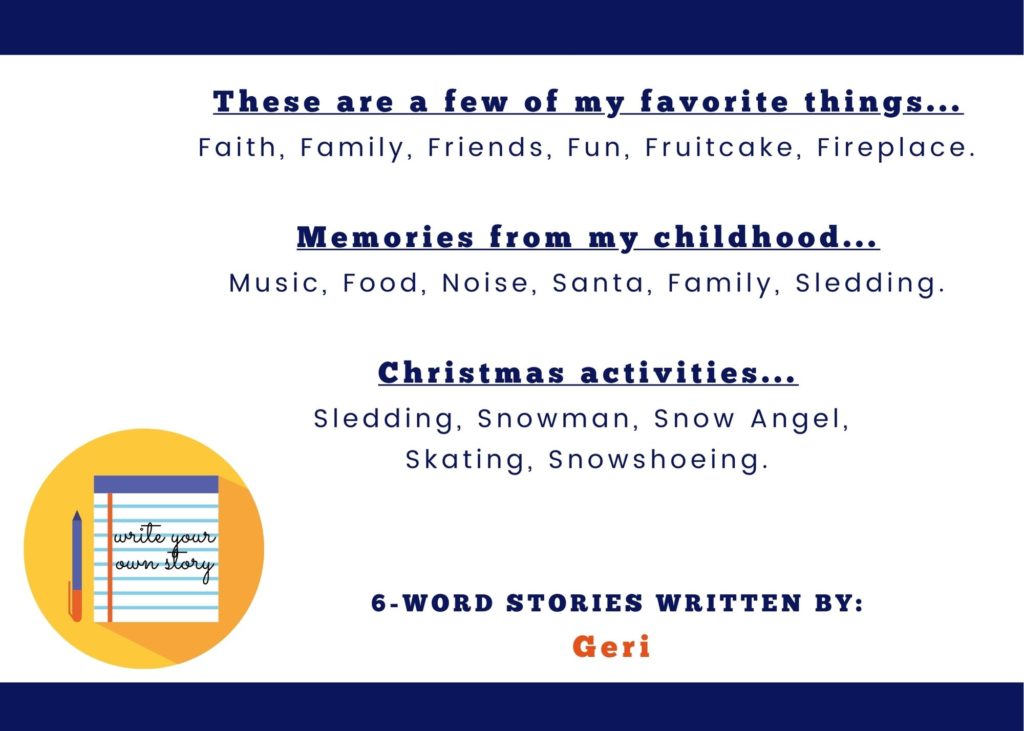 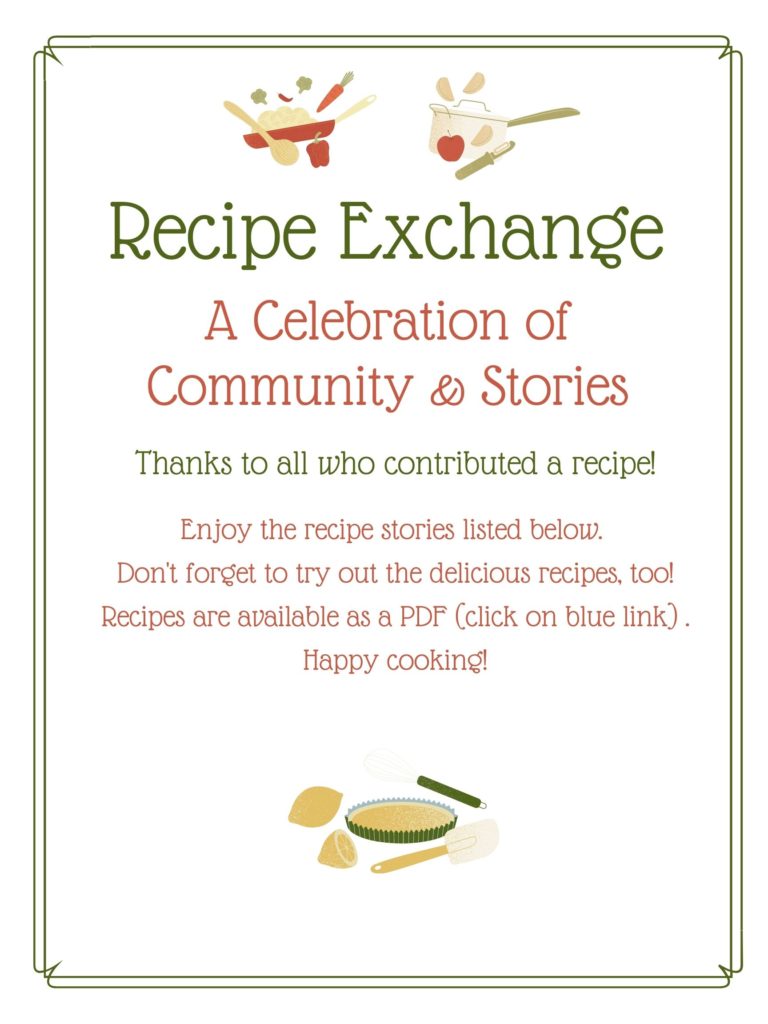 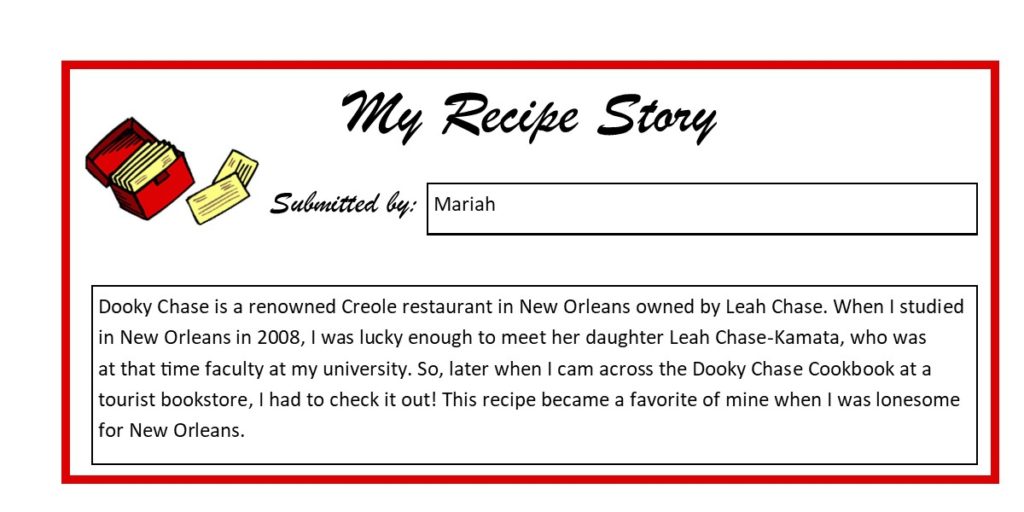 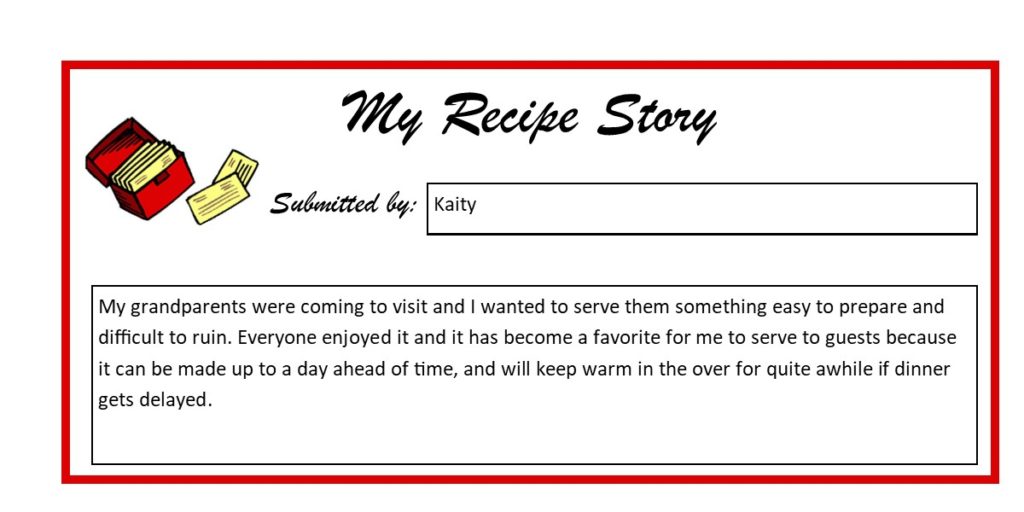 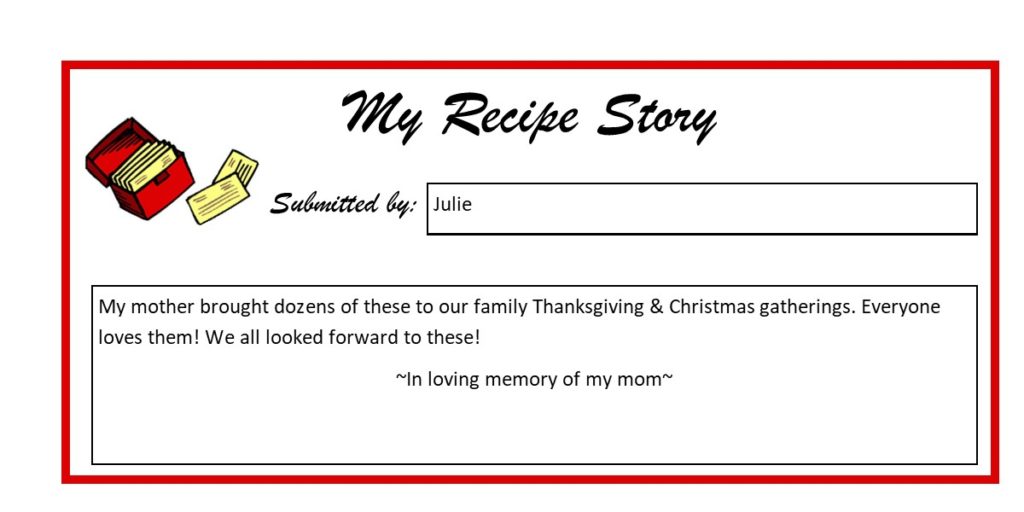 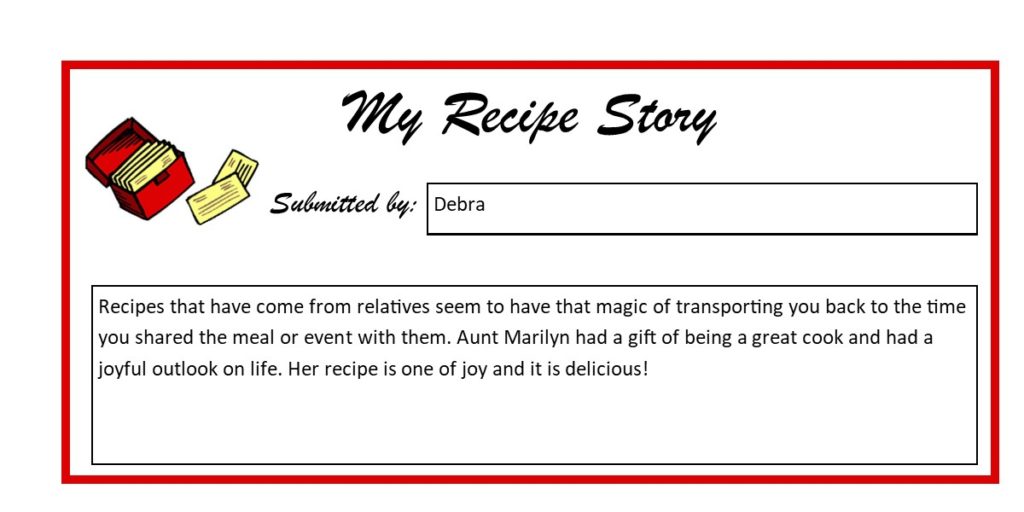 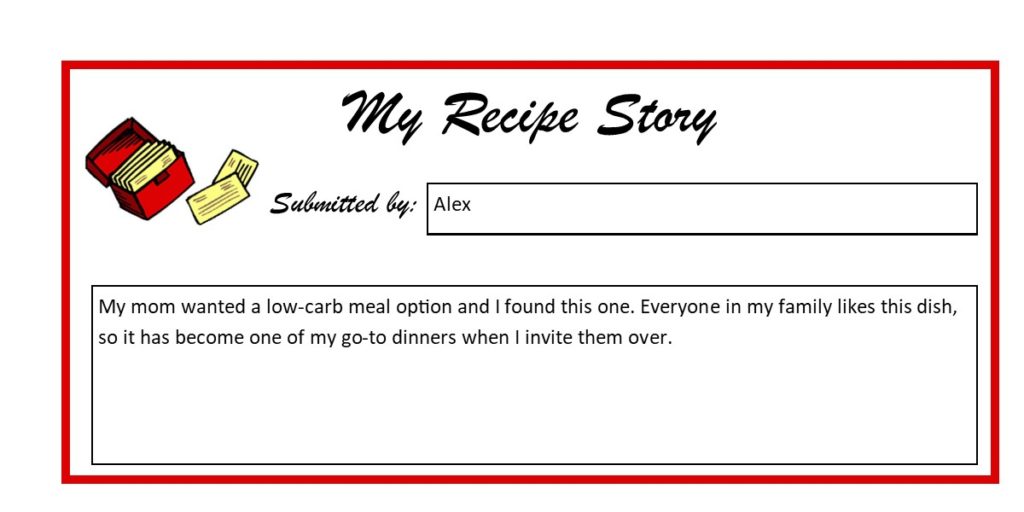 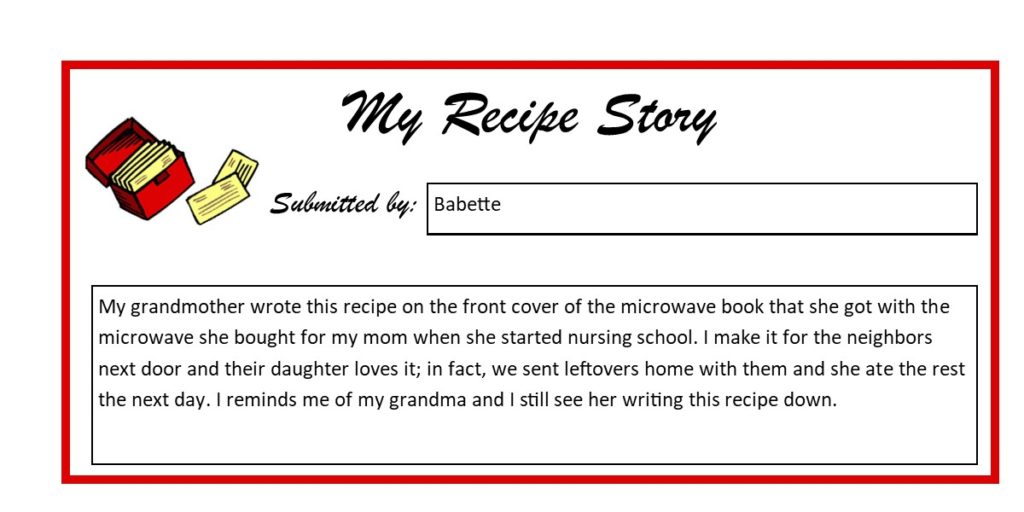 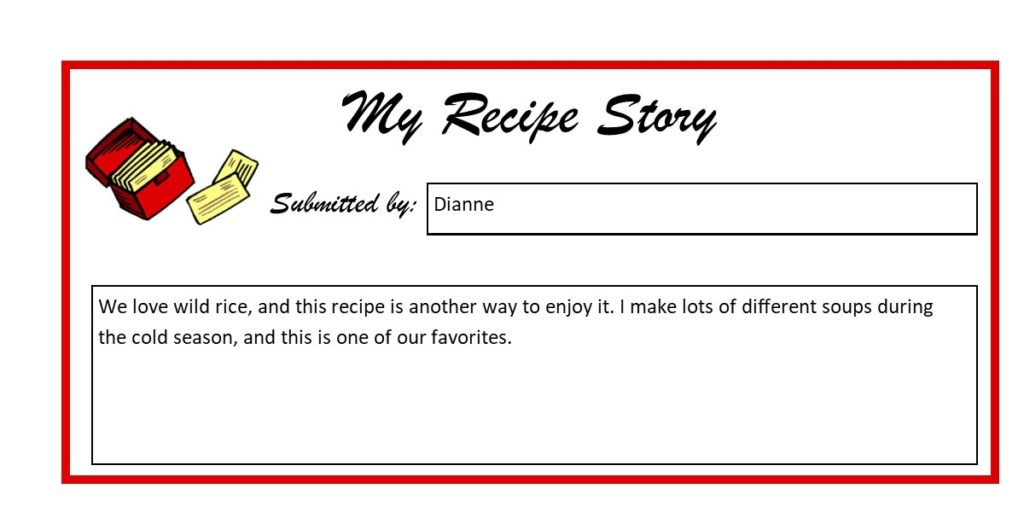 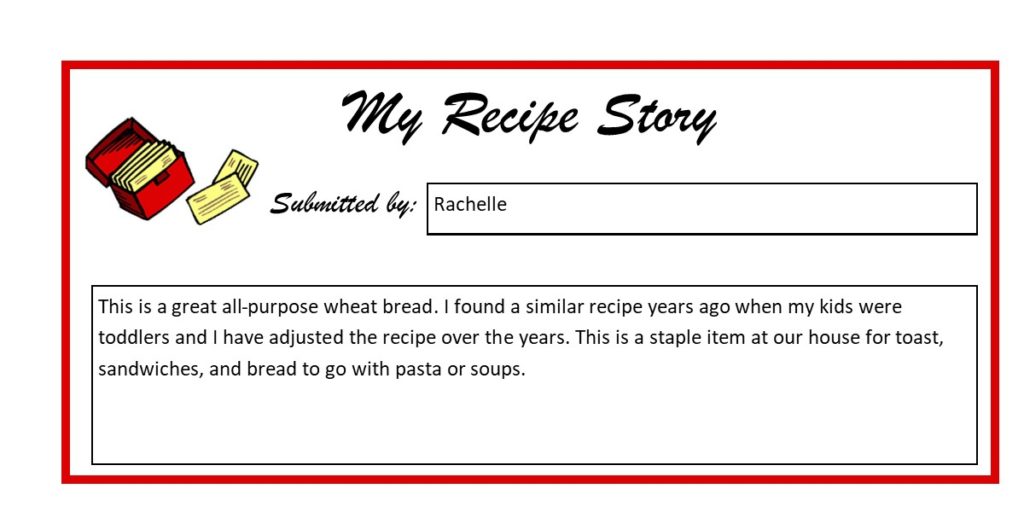 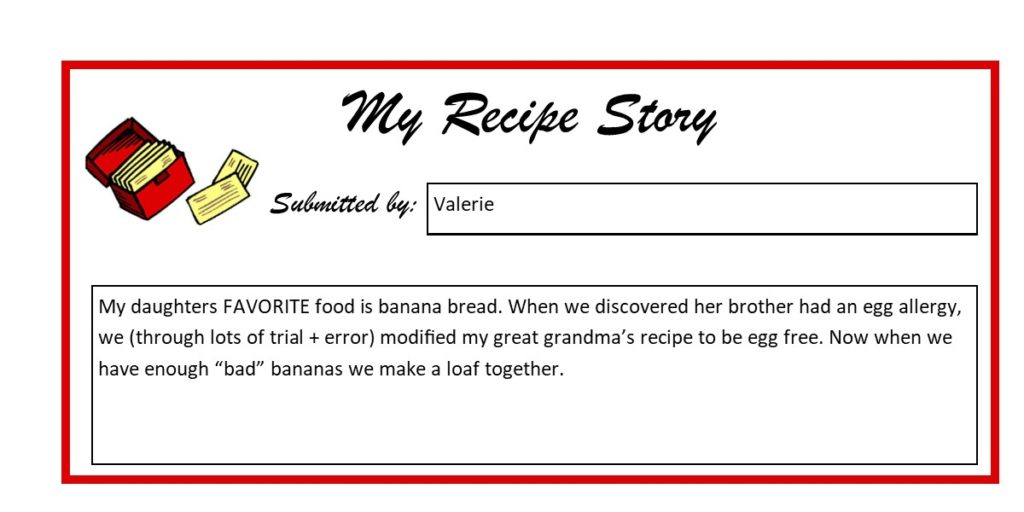 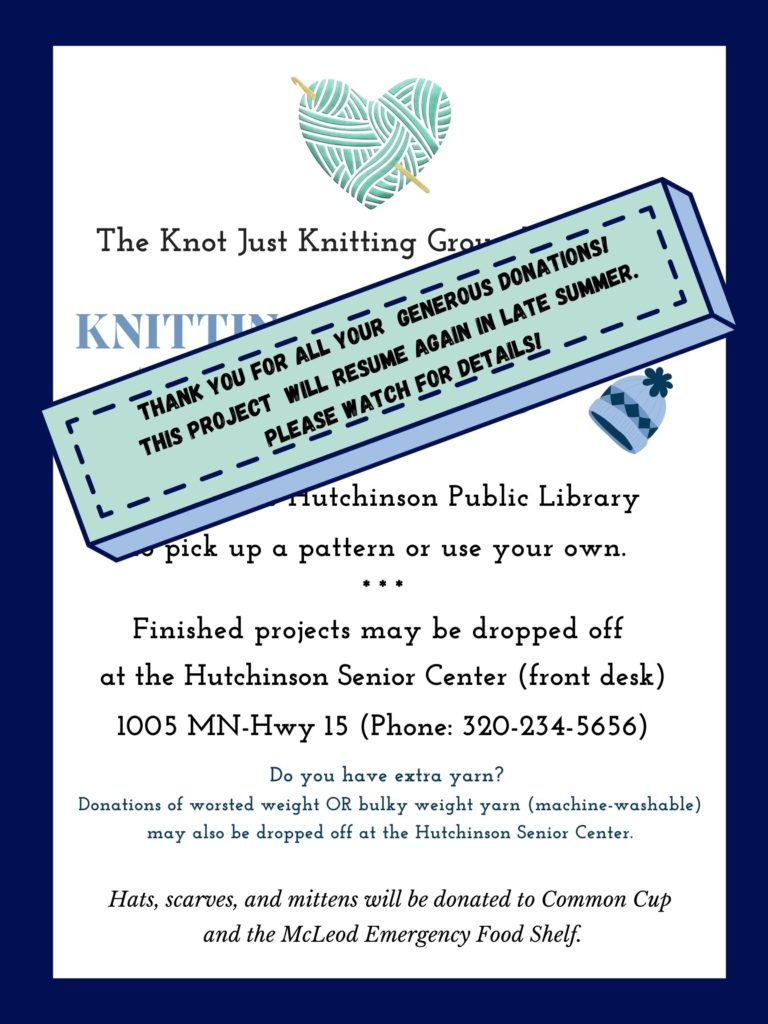 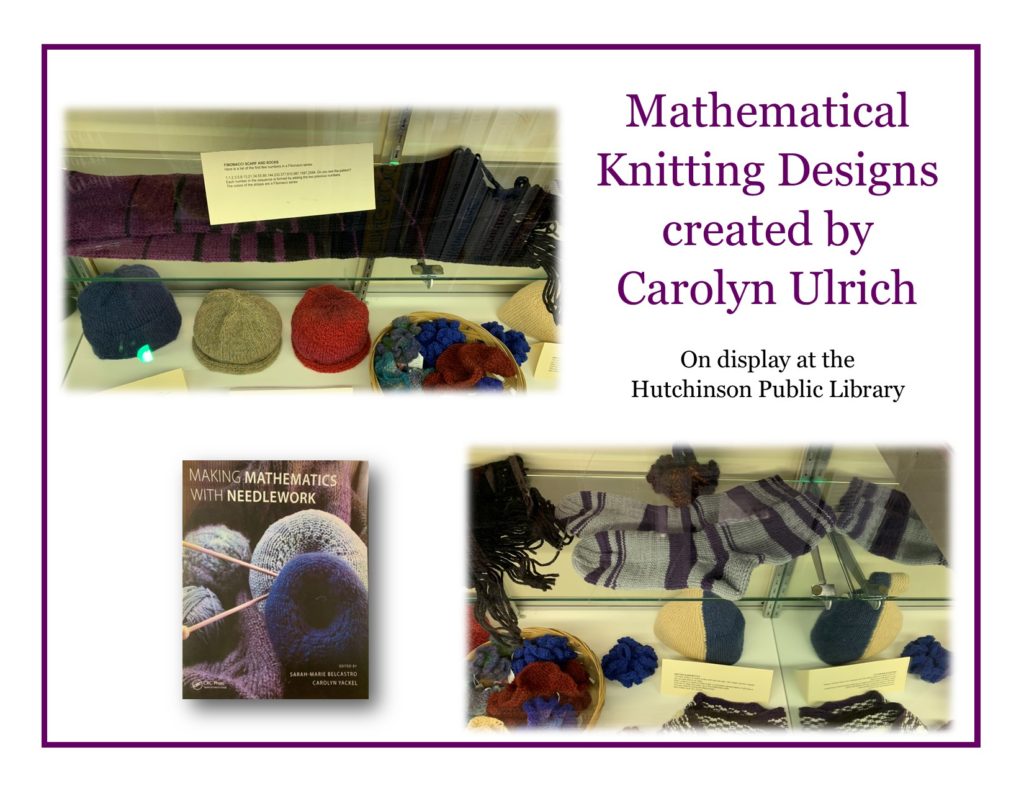 “Knitting may not, on the surface, seem relevant to engines that run the world, but at its essence, it is actually quite vital. For knitting, which can express so many emotions, most often expresses love. And when all else is lost, love is what most often stays with us”.
Melanie Falik. Knit Lit. 2002

Like most of you, I’m finding myself with a lot of extra time on my hands. This pattern for a Bamboo stitch hat will, I hope, be a challenge, bring satisfaction with the finished product, and be a time-filler for you as we move through these uncertain days. It should also use up some of that ‘yarn stash’ we all seem to have lying around somewhere.

I’m not sure what I love most, knitting socks or reading, but I seem to be doing a lot of both. That makes it fitting, for me anyway, to do this through the library which I miss a lot. Since this is a library page, I’m going to start with a book review. If you have any interest in how yarn is processed from raw wool to what you buy in the store, you should read “Vanishing Fleece” by Clara Parkes, published in 2019. Clara is the go-to person for anything you want to know about wool. This book deals with her journey in the processing of her own wool. It is funny, frustrating, an easy read, and you will learn more than you probably ever wanted to know about wool. I have read and own many books written by Clara spanning over more than 10 years and thoroughly enjoyed all of them. She was the book reviewer for “Interweave Knits” magazine for years and now is a freelancer with many interests.

So here is the lesson: Worsted weight yarn is sometimes a challenge. It isn’t always consistent, depending upon the company which makes it, whether it’s wool or synthetic, or whether you knit loose or tight. I’ve done the hats using yarn from four different companies. They are Plymouth Yarn Select Superwash Merino Worsted, Cascade 220 Classic Heather, Brown Sheep Lambs Pride Worsted and Lyon Brand Wool Ease. All four yarns are classified as worsted weight, but they knit up totally different. Microns determine the thickness of the yarn. The more microns the thicker the yarn. Conversely, the fewer the microns, the softer the yarn. The math is pretty complicated and not my strong suit.

I used the same pattern for all four hats but a size 7” needle on three of them, and a size 8” on the Brown Sheep Lambs Pride. Three hats turn out to be a woman’s head size small; the Brown Sheep yarn is at a head size large (very large – it could fit Andre the Giant). You could take a combination of left-over sock yarn by plying two or three together to get the worsted thickness you want. Lots of ways to use up that stash. You could also change up the border by doing k2, p2.

So now onto the pattern. I’m sure you thought I’d never get there. This is an not a difficult pattern but very tricky. It’s easy to ‘mess up’ so watch yourself on the bamboo row.

For instructions on the Bamboo Stitch Hat, please click on the following link: 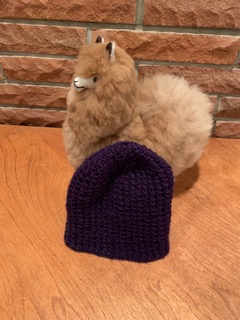 I never thought when I did the bamboo stitch hat for the library that we would still be in the same situation, but here we are still at home. I have had a lot of time to read, knit and remember people who inspired me, mentors if you will, along the way. My knitting heroine is a woman named Jackie Fee. If anyone has heard of Elizabeth Zimmerman, I put Jackie right up there with her as a goddess of knitting. In 1983 Jackie published a book called, ‘The Sweater Workshop’ which I bought when it first came out. Jackie lived in Hingham, Massachusetts which is right next to the town where I grew up. Of course, our paths never crossed, but I always admired her and learned so much from her book. Years later, after we had moved to Maine, I found that Jackie and her husband summered in Deer Isle, which is about 30 miles from where we lived. She was listed in the phone book, but I thought, well it is a little presumptuous to just call her up. Do I ever wish I’d found the courage to make that call.

In 2008 I saw an advertisement for Fiber College. It was four or five days long, near me, and offered classes in anything fiber related. Jackie was presenting a class and wow did I jump on that. I brought my old tattered “Sweater Workshop’ book to class with me, knowing she had revised it in 2003, but I wanted her to autograph my old book. She took one look at it and said, ‘Oh, you have that old thing’. She did sign it and also the revised version which I bought that day. After the class, I stayed behind to talk with her and her husband about Hingham, and all we had in common. I invited her to knit with my local knitting group, which was, and still is, meeting at the town library. I never thought she’d do it, but do it she did. Everyone just loved her and if anyone in the group had a knitting problem, she would jump right in and help. I could have kicked myself for not contacting her earlier. She continued to come those 30 miles every week she was in Deer Isle to knit with the group.

Jackie’s daughter was involved with costuming at Plymouth Plantation in Plymouth, Massachusetts, which is a living history village, a replica of the original Pilgrim village of 1620. Jackie re-wrote the old knitting patterns into modern knitting language and the Plantation published a book of all her patterns. One of the last things Jackie did for me was give me a copy of that book which I will always cherish. She turned out to be more than a mentor, she was a friend. Unfortunately, Jackie was diagnosed with cancer, and she passed away two years ago. I miss her a lot.

Well, back to the project. With so much time on my hands, I decided to try another new stitch. As I was searching for bamboo stitch patterns for the hat, I came across the stitch I used for this scarf. It was love at first sight. As an embroiderer and a knitter, I liked the look of it. It is woven, crossed, you name it. As far as I remember it was called crisscross stitch.

I started a scarf using the pattern but put it down to work on another project, and a few weeks later, decided to finish it. Well do you think I could find the paper I wrote the pattern on, of course not. I still have not found it. I tried searching for it again online, nothing. Lots of criss cross and woven stitches but not this one. I thought, you can do this, you can replicate it and I did. I finally figured out how the pattern was done and believe me I wrote that down right away. When it came time to name the scarf pattern I was stumped. So it’s a criss cross stitch scarf, right or wrong. I plan to work on something else using this stitch. It would make a lovely border on socks or a sweater. I hope you want to try it and enjoy the result.

For instructions on the Criss Cross Stitch Scarf, please click on the following link: 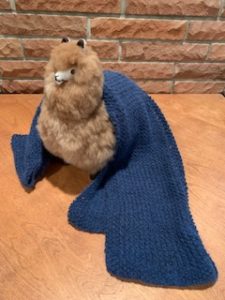 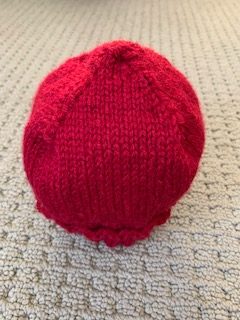 For instructions on the hat, please click on the following link:

Hat for a Child Pattern

If you have knitting questions for Carolyn,
please email katy.hiltner@pioneerland.lib.mn.us
Happy knitting!

Please stop by the library or the Senior Center for more patterns.
Don’t forget…you can also use your own pattern or find a pattern online or in a book! 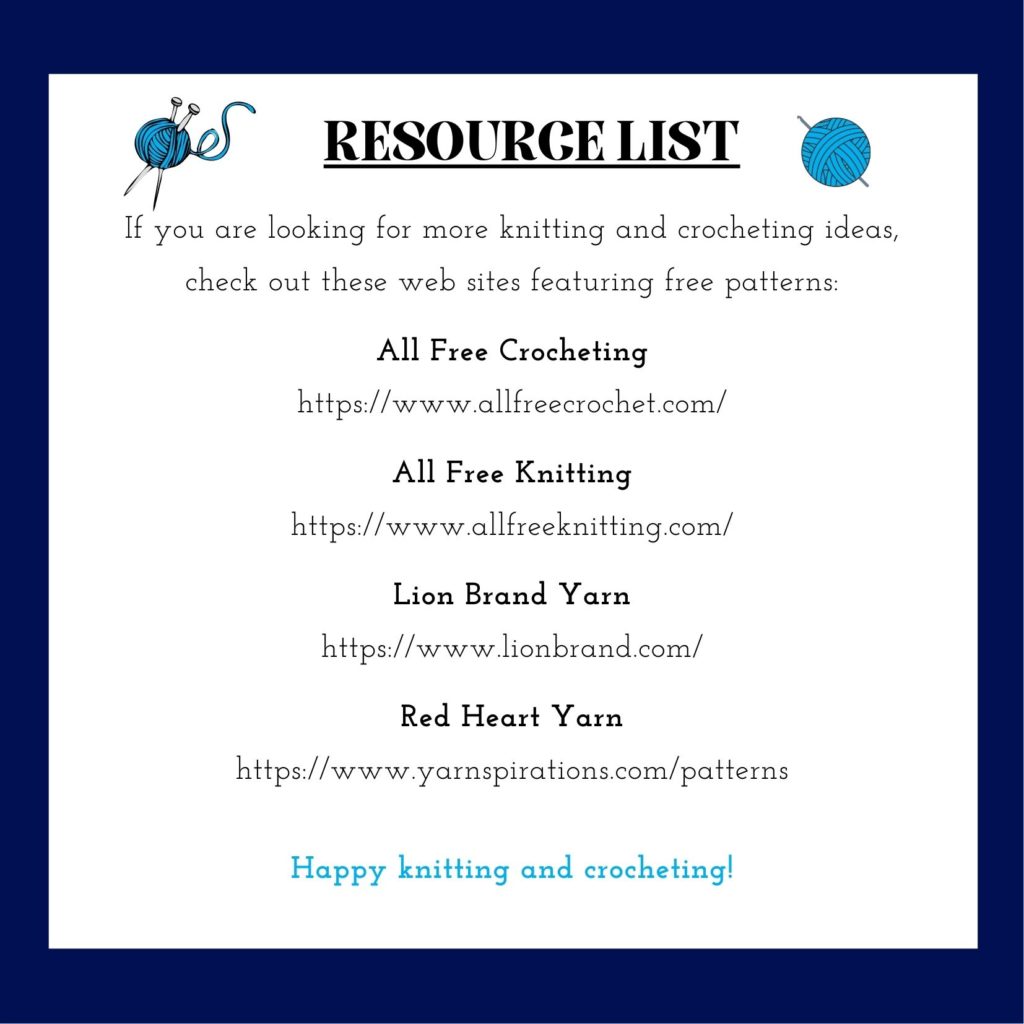